Collectors of Polia Pillin will appreciate this very large decorated vase with its deep glaze colors and female figures.  Delicate birds in branches complete the scene.  In the years since her death in 1992, her work has become more sought after. 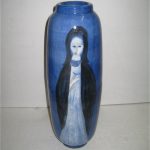 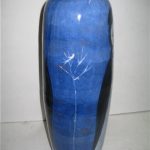 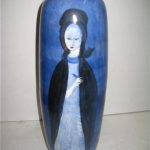 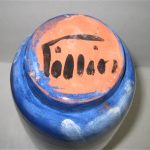