Malibu Potteries produced ceramic tile for a brief period in the history of a craft which began thousands of years ago.  The background of the pottery involves several major factors:  the history of the Rindge family and their Malibu Ranch, the architecture and economy of the 1920-1930’s, and the ceramics wizard who conducted the operations, Rufus B. Keeler.  The Rindges were the last owners of the Spanish land grant known today as Malibu.  The founding of the pottery came about partly as a response to the strong demand for decorative ceramic tile used in the prevalent Mediterranean and Spanish Revival architecture of the 1920’s.  The ranch had an abundance of good quality red and buff clay as well as plenty of water.  The beauty of Malibu tiles was no accident, as Keeler felt strongly that only the highest quality products should leave the factory.  Their tiles are known for their rich colors and clarity of glazes, especially the coral orange and brilliant yellow. 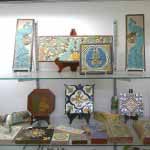 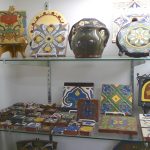 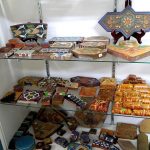 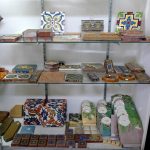