The ceramics produced by Polia Pillin continue to gain increasing interest from mid century modern art pottery collectors. In the years since Polia’s death in 1992, her art pottery has appreciated significantly in value. Pillin’s work is often decorated with abstract figures of women, birds, trees, fish, horses, and related characters. A “Byzantine” quality to her painting, as well as similarities to Chagall, carry over to the pictures on her pottery. Polia Pillin was born in Poland in 1909. She came to America in 1924 and settled in Chicago. While in Chicago, Polia studied painting and sculpture. In the late 1920s, Polia married William Pillin. William Pillin worked closely with Polia in the production of art pottery. William assisted Polia by throwing and firing pottery and assisting with the development of glazes. 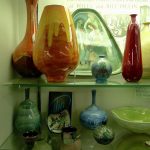 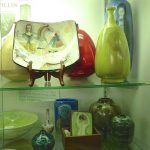 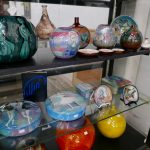 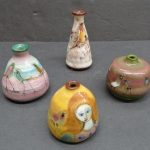 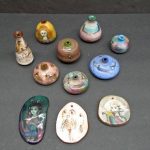 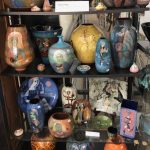 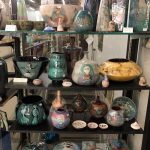