Made in Delft, The Netherlands     Circa 18th Century

This delightful blue and white tile depicts a charming feeding chicken. It’s thick, creamy glaze, peppering and distinctive small central motif “Spider” corner scrolls mark this as a wonderful example of early Delft ware. There appear to be two nail holes – one in the upper left and one in the lower right corner. Nail holes were left behind from the template that was used to hold the clay still as it was being cut into shape.  The Netherlands began to produce tin-glazed earthenware in the late 15th Century. By the late 17th Century Delft had become the most prominent center of production in all of Europe and its wares were highly prized for their beauty, technical achievement, and accomplished artistry.

Good condition; chips and wear on surface and edges 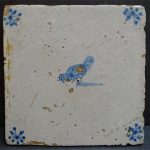 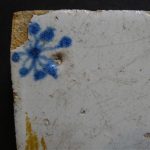 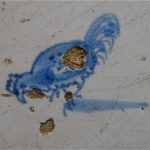 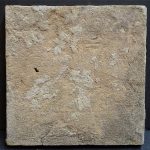